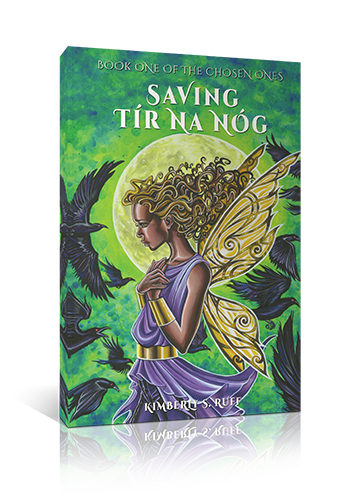 (Book 1 of the Chosen Series)

Madison is just like any other twelve-year-old mucking through middle school until suddenly she’s not. She should have known something was wrong when her mom forgot to meet her at the bus stop. Those suitcases stacked inside the door, now that gave her pause… but her mother explained them away.

It’s not like your dad goes missing every day.

She was certain it was all a big misunderstanding… poor cell service, a lost cell phone, or a dead battery… but if that mishap scored her a trip to Ireland, she was game. Perhaps those wrinkly little men skulking around the pubs down by the River Liffey should have clued her in that her life was about to change in a very big way… but no. Everything Madison thought she knew about this world, her family, her life was ripped away by six outlandish words… “I am Sidhe, as are you.”

The Sidhe are a regal, god-like people with unearthly beauty and unfathomable grace. They are the immensely powerful, magic-wielding faeries born in Celtic Mythology… the water, air, and wood spirits who have battled against demons and protected mankind for centuries. Madison has just discovered she is one of them… but she is no ordinary Sidhe. Madison is one of the Chosen Ones, one of three young girls secreted inside the human realm at birth, protected by Sidhe guardians until they’re old enough to fulfill the prophecy.

“What is this prophecy?” you gasp.

Ah. If you wish to obtain that knowledge, then you must journey into Otherworld, cross through Tír nÓg into  and eat the berries from the Rowan Tree. Please hurry. The border between the realms is crumbling. Violence, evil, and darkness are ascending; threatening to destroy Madison… the Chosen Ones… Tír nÓg… the human realm… and me.